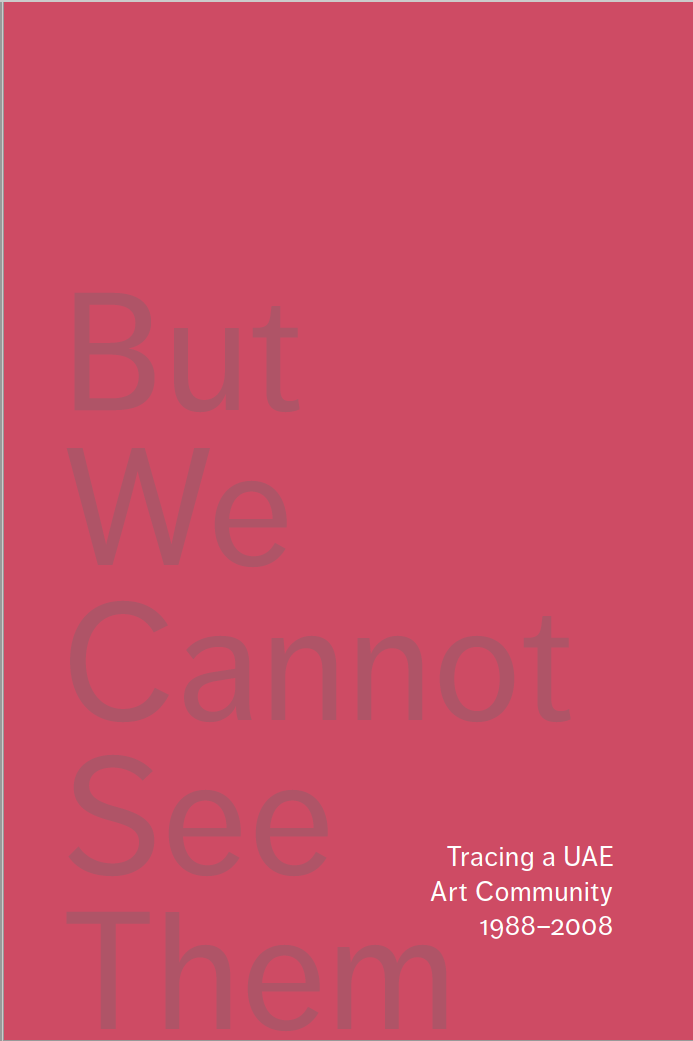 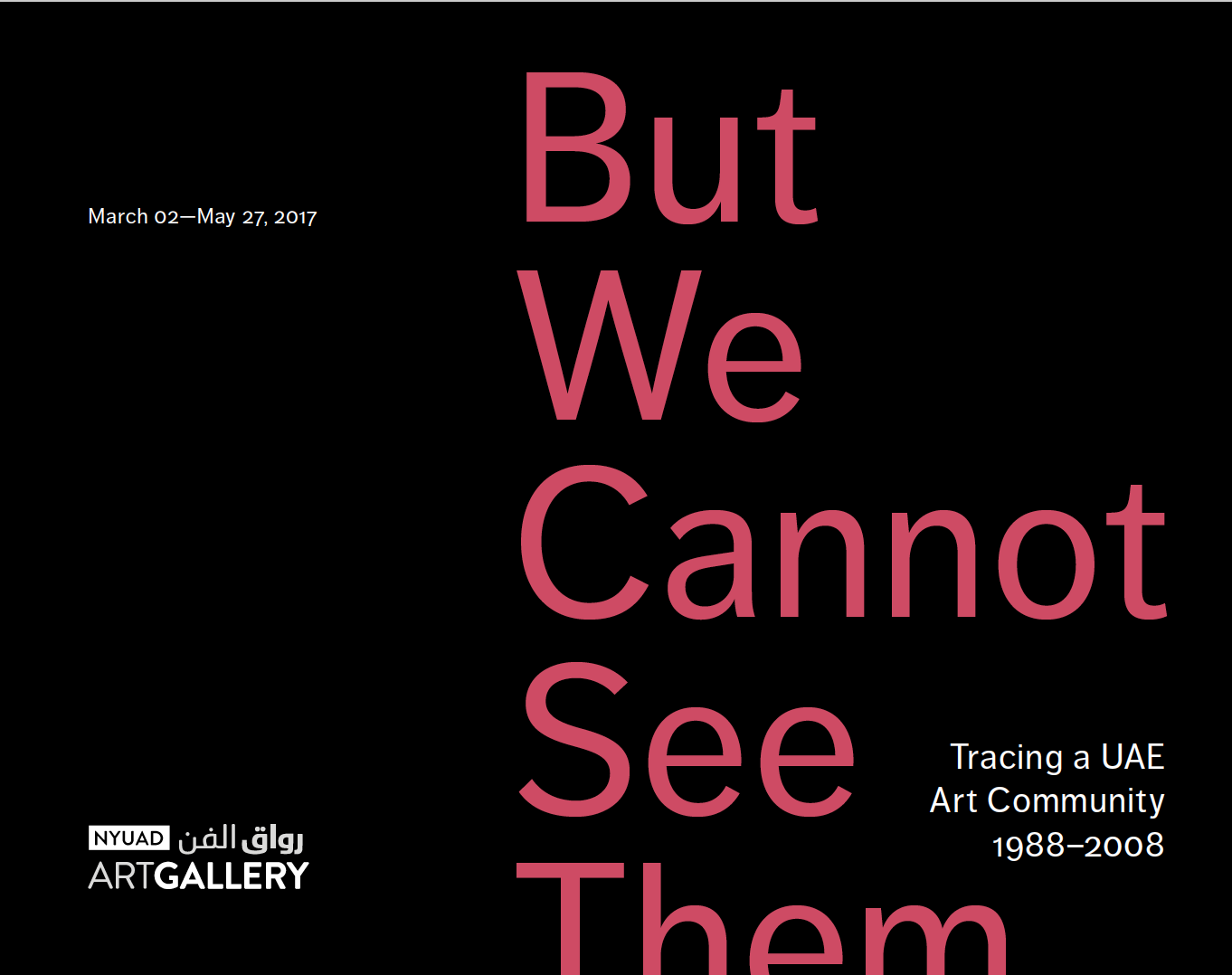 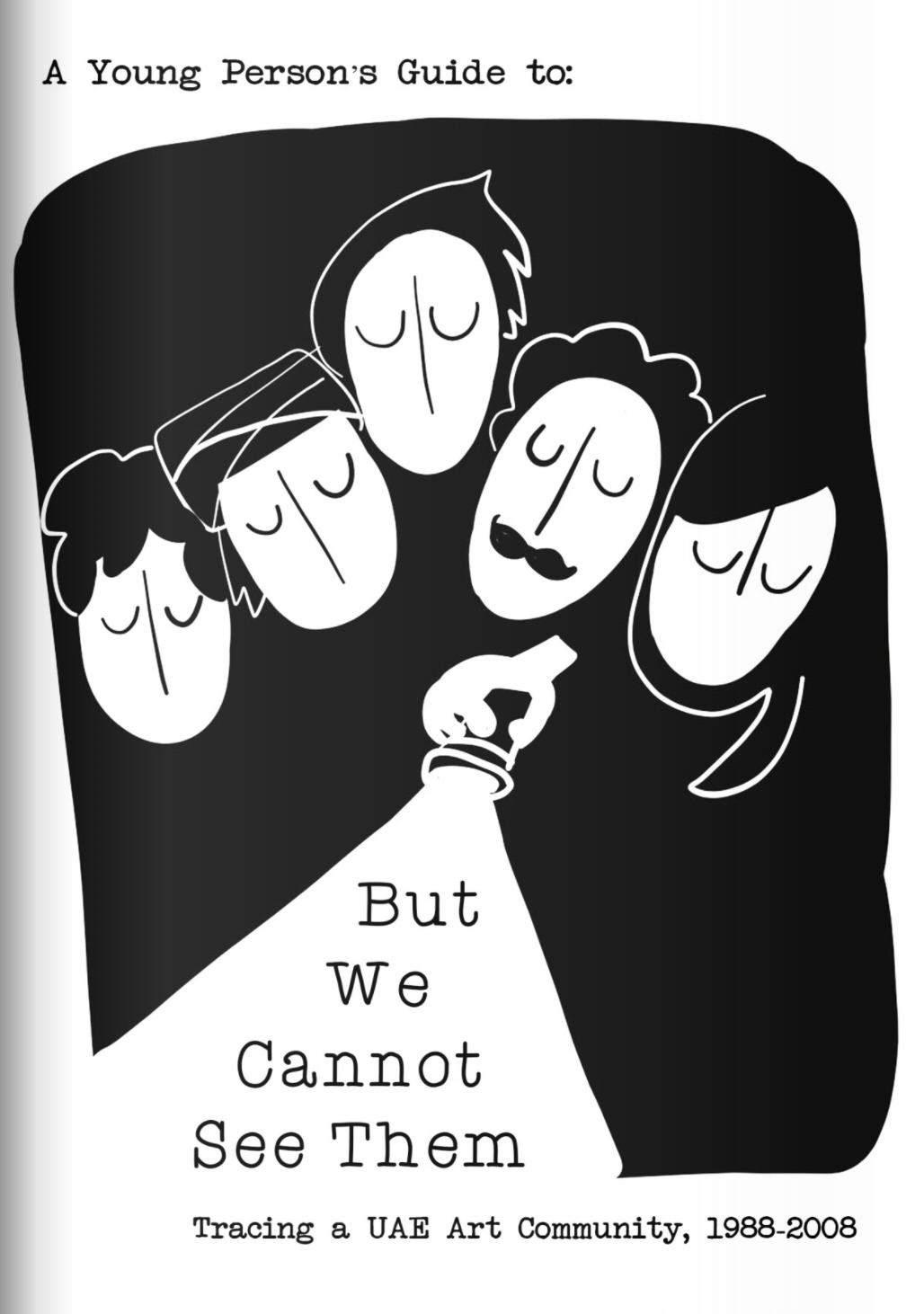 He has exhibited extensively regionally and internationally. Museum exhibitions include the Kunst Museum (Bonn, Germany), and the New Museum (New York, USA). His work has been featured in numerous biennials including São Paulo (2004), Venice: UAE Pavilion (2011, 2015) and multiple Sharjah Biennials. In 2017, Al Saadi will participate in the Sharjah Biennial, the Antarctica Biennial, and the 57th Venice Biennale. The work on view here includes that from his sojourn in Japan (1994-1996). His journeys generate both paintings and objects collected, together creating records of his experiences. As he describes it:

When I go on a trip, I must make an artwork. I do not just go for entertainment. Even the bike trip around the world, I wanted to make artworks during this trip and write the diaries of my trip, I mean, I must make something. I did not want to simply roam the world on my bike. I began making internal trips. After university, for example, I made trips from Al Ain to Sharjah and Sharjah to Al Ain, and from Al Ain to Khor Fakkan. After that, I made a trip on the bike to the tops of the mountains, which was the first time I went into the mountains, and I came to Ras Al Khaimah and Fujairah.

[My time in Japan] had some influence. The first work I made was a long scroll, I painted the area where I lived. I used to go to museums and see long scrolls, and I brought some copies with me. That is the only artwork that I had made there, in addition to writing diaries, making sketches, collecting and examining cans.

Ebtisam Abdulaziz (b. 1975) is a multidisciplinary artist based in Washington DC, USA.

Her exhibitions include Ebtisam Abdulaziz, Blue Freedom, DC Arts Center, Washington DC, USA (2017); Ebtisam Abdulaziz, The Third Line Gallery, Dubai, UAE (2012); and Ebtisam Abdulaziz, Sharjah Art Museum, Sharjah, UAE (2007). Her work has also been included in various group exhibitions including The By the People X Monochrome collective Art Fair, Washington, DC (2020); From Barcelona to Abu Dhabi: work from MACBA art collection in Dialogue with the Emirates, Manarat Al Saadiyat, Abu Dhabi, UAE (2018);_ FotoFest Biennial, VIEW FROM INSIDE: Contemporary Arab Video, Photography and Mixed Media Art_, Houston, Texas (2014); Emirati Expressions, Manarat Al Saadiyat, Abu Dhabi, UAE (2013); and Twenty Five Years of Creativity, Institute du Monde Arabe, Paris, France (2012). Her work has shown at international museums such as the Mori Art Museum (Tokyo, Japan); the Denmark National Museum (Copenhagen); Vitra campus Museum (Weil am Rhein, Germany), the Sharjah Art Museum (UAE). Abdulaziz participated in the inaugural UAE Pavilion at the Venice Biennale in 2009 and the Benin Biennial, in West Africa in 2012.
Several of the works on view here are from the artist’s first major exhibition of conceptual work. In her interview for this project she explains how her studies with Mohamed Kazem and this community affected her own artistic practice:

I discovered that art does not only mean that you know how to make artworks literally… the issue was to discover my way of thinking, to discover myself more… I was subjected to an internal shock, I discovered that I was making paintings which I did not like, this was not me… by the end of 2004, I made a new series that was completely different from the paintings I used to make. The new series was installation that integrated mathematics and geometry. The exhibition marked a change and a shift from the Ebtisam who used to produce paintings, to Ebtisam who produces conceptual installations.

Hassan Sharif (1951-2016) was a founding member of the Emirates Fine Arts Society, and influential figure in the UAE avant-garde.

In those early years after Sharif returned from studying art in London, he also co-founded an avant-garde group together with Nuhoom Alghanem and Khalid Albudoor. Those early exhibitions generated both excitement and heated public debates.  By 1988, the year this survey starts, Hassan Sharif had found his footing, turning inward to focus on arts education, writing about art, and his own artwork. The intensive creative community that formed thereafter, traced in this project, shares certain traits with famous art historical communities, which have produced webs of creative influence alongside distinct individual artistic innovation.

A philosophical passion for art motivated his practice:

… there are spaces between words: art is these spaces, it is not the words. Art should be nonsense in order not to use it. If there is meaning it is not art. It is a cup, which you put in a kitchen and fill with water. If you have money you can buy it, if you have taste you can appreciate it, but you must not use it. Art must be without purpose, so you cannot use it. It must be useless in order to be unique. Otherwise if you make art for using it, then it is not art.

Hassan Sharif, from an interview with Cristiana de Marchi, 2009

In 2012, after the period this exhibition covers, the curator Catherine David, together with Mohammed Kazem, curated a substantial retrospective of his work Qasr Al Hosn Cultural Quarter, along with the first monograph on his work. A second retrospective was presented by the Sharjah Art Foundation in 2017.

Hussein Sharif (b. 1961) is a multidisciplinary artist who lives and works in Dubai.

He participated in major exhibitions both regionally and internationally in his native UAE, Russia, Holland, France, Egypt and Germany such as: Cultural Diversity and The 6, Sharjah Art Museum (2005); 5 UAE, Ludwig Forum, Germany (2002); UAE Contemporary Art, the Institute du Monde Arab, France (1998); and Emirates Arts: 4 UAE, Sittard Art Center, Netherlands (1995).
He partook in six Sharjah Biennials in addition to the Dhaka Biennial (2002); and the Cairo Biennial (1998). His work has recently appeared in solo presentations at the Salwa Zeidan gallery in Abu Dhabi. Hussein is one of the founding members of the Emirates Fine Arts Society.

Jos Clevers (1951–2009) founded the Sittard Art Center in the Netherlands.

He lived in the UAE from 1994 to 1996, and returned periodically, until his death. While in the UAE, he participated in many exhibitions and projects, and notably The 6 exhibition at the Sharjah Art Museum, in 1996, with many of the artists in this exhibition.

Clevers curated the Emirates 4 at the Sittard Art Center, Netherlands (1995), the first presentation of this UAE group of artists internationally. He went on to play a crucial role in founding and curating The Flying House, together with Cristiana de Marchi, Mohammed Kazem, and Abdulraheem Sharif. As he told Hassan Sharif in an interview in 1999:

I would like to assure you that I am neither a professor nor an orientalist nor an anthropologist. I am just among you, not to discover you, but in order to reveal my unconscious side as an artist, to foster it more. Briefly, I don’t want to commit the same errors that were committed by the Europeans in the past decades and centuries. As an artist, I look forward to seeing artists who hear and respect each other… and all I have said so far is intimately related to a universal concept for art and culture affecting beyond doubt all human society. The content doesn’t unveil the form.

He has participated in numerous editions of the Sharjah Biennial, receiving first prize for installations in 1999 and 2003, and in 2007, co-curated the Sharjah Biennial. Kazem’s work has appeared in many regional and international exhibitions at institutions such as Gallery Isabelle van den Eynde, Alserkal Avenue (2017, 2018, 2020), Cadoro-Zetrum ur Kunst und Wissenschaft, Maine (2019); Aicon Gallery, New York (2018); Taymour Grahne, New York (2014); Gwangju Museum of Art (2014); The New Museum (2014); Maraya Art Centre, Sharjah (2013); Boghossian Foundation (2013); the Mori Art Museum (2012); and University of the Arts, Philadelphia (2012). He has exhibited at the Venice Biennale three times, including a solo presentation for the UAE in 2013.

Kazem’s multi-disciplinary practice centers on documenting his physical relationship to his environment, often using non-traditional methods such as GPS codes and his own body as material. He was a teacher to Ebtisam Abdulaziz at the Atelier in Dubai, and before that he was a longtime student of Hassan Sharif. Rather than influencing each other’s work, one can trace the philosophical connections among them on the topic of art education itself:

First, I believe that every person has a particular way of thinking and living, even before they join any course to learn the basics of art in general. I noticed that teaching is a critical issue, because we must aim to teach students and provide them with all the information they need on visual arts, without affecting their individuality. We ought to try to guide them, for example, without influencing their special style. The final goal should not be to witness the graduation of 10 artists, who are the same version of one another. We must focus on their special style because everyone has one.

Mohamed Ahmed Ibrahim (b. 1962) lives and works in Khorfakkan, UAE.

Ibrahim’s work is represented in significant collections, including Sharjah Art Foundation (UAE), Sharjah Art Museum (UAE); Art Jameel (UAE); Barjeel Art Foundation (Sharjah); Arab Museum of Modern Art (Doha); Kunstcentrum Sittard (The Netherlands), the British Museum (London) and The Centre George Pompidou (Paris). He has exhibited broadly, including most recently the 2020 Desert X Al Ula biennial in Saudia Arabia, and in 2018 Mohamed Ahmed Ibrahim: Elements, a survey of works spanning three decades of his practice was presented at the Sharjah Art Foundation, curated by Sheikha Hoor Al Qasimi. Other biennials include the inaugural UAE Pavilion at Venice in 2009; Dhaka (2002, 1993); Havana (2000); Cairo (1998); and in connection with the Kochi Biennale (2016)

I began to participate with Hassan in exhibitions in the 1990s; however, I was not only working on paintings, I also produced land art at home. I had some kind of a ritual where I would spend a week to 10 days on the mountain, in nature, moving rocks. Hassan and I were going by chance to Khor Fakkan, and I told him that I wanted to show him some of my works. When he saw it he said, “This is land art! What are you doing?!” I started to comprehend land art further; I found myself driven into this type of art, and that it was the right tool for me. But this did not mean that I abandoned painting altogether; the painting was always present no matter what. I started working and experimenting with natural materials, I mean all the materials available at home, cardboard or paper, tree branches etc., so I started focusing on such works. In the 1990s, I began to participate in exhibitions; my art- related information began to expand and deepen, and I gained a solid foundation.

Vivek Vilasini (b. 1964) is an artist living and working between Kochi and Bangalore, India.