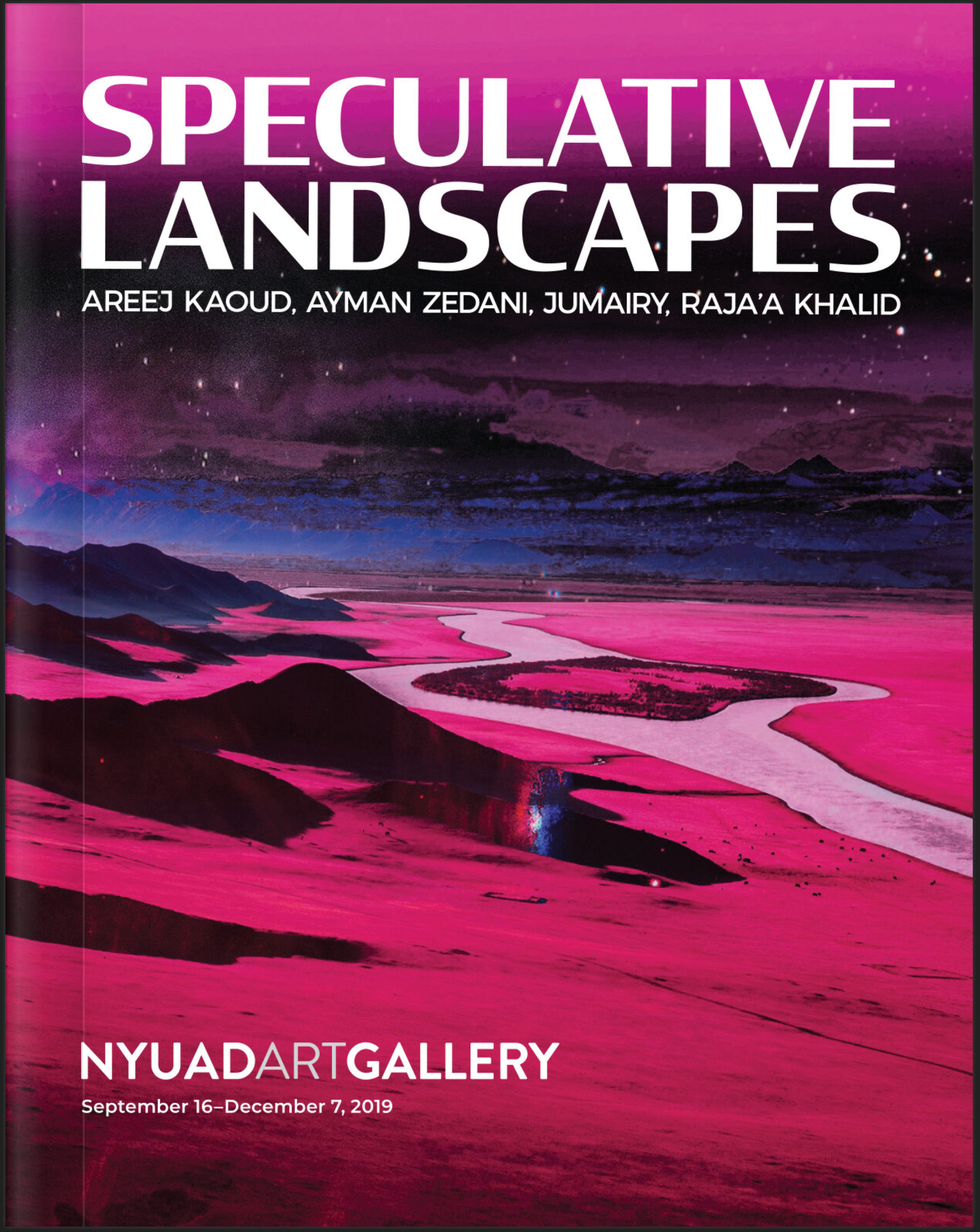 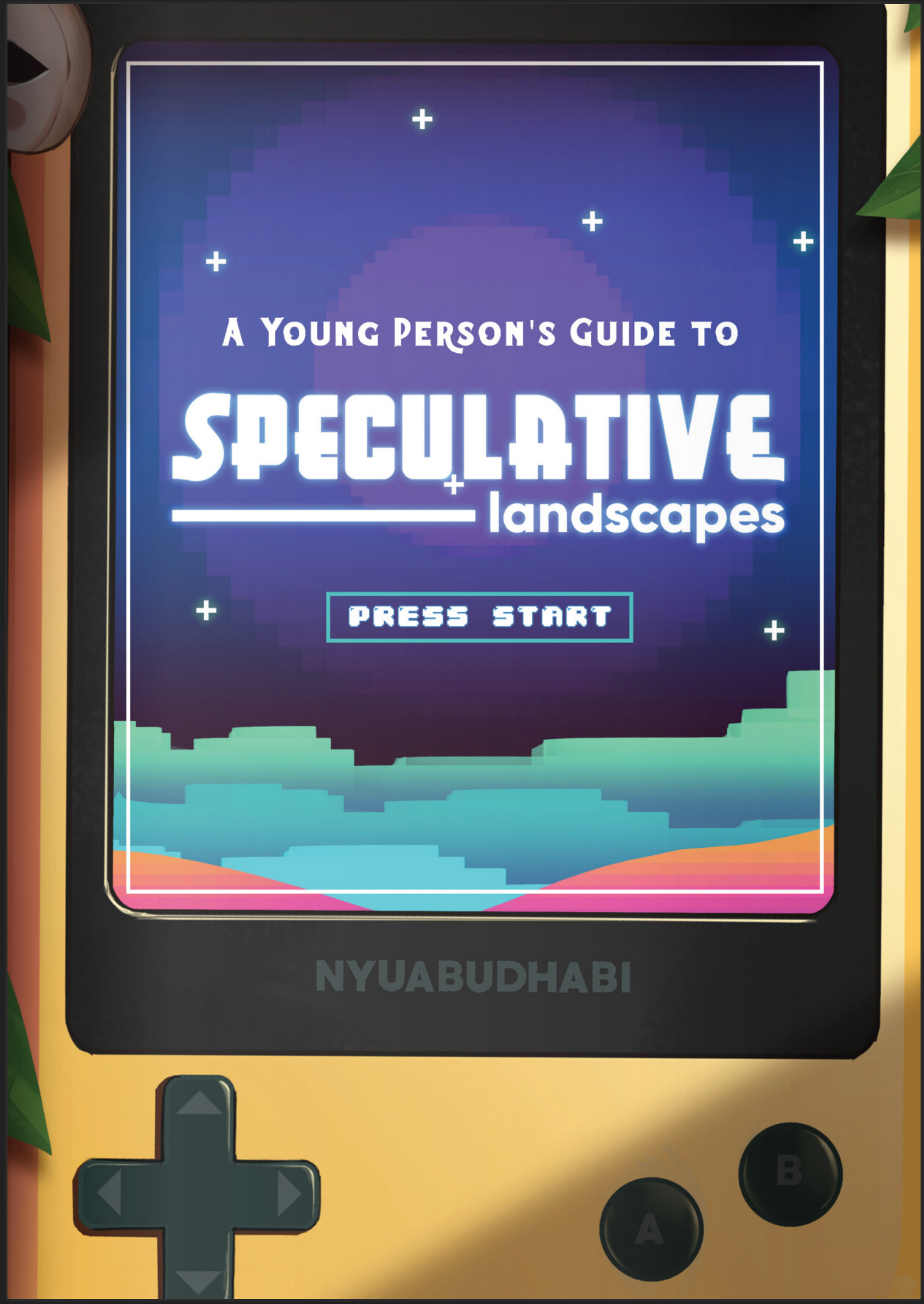 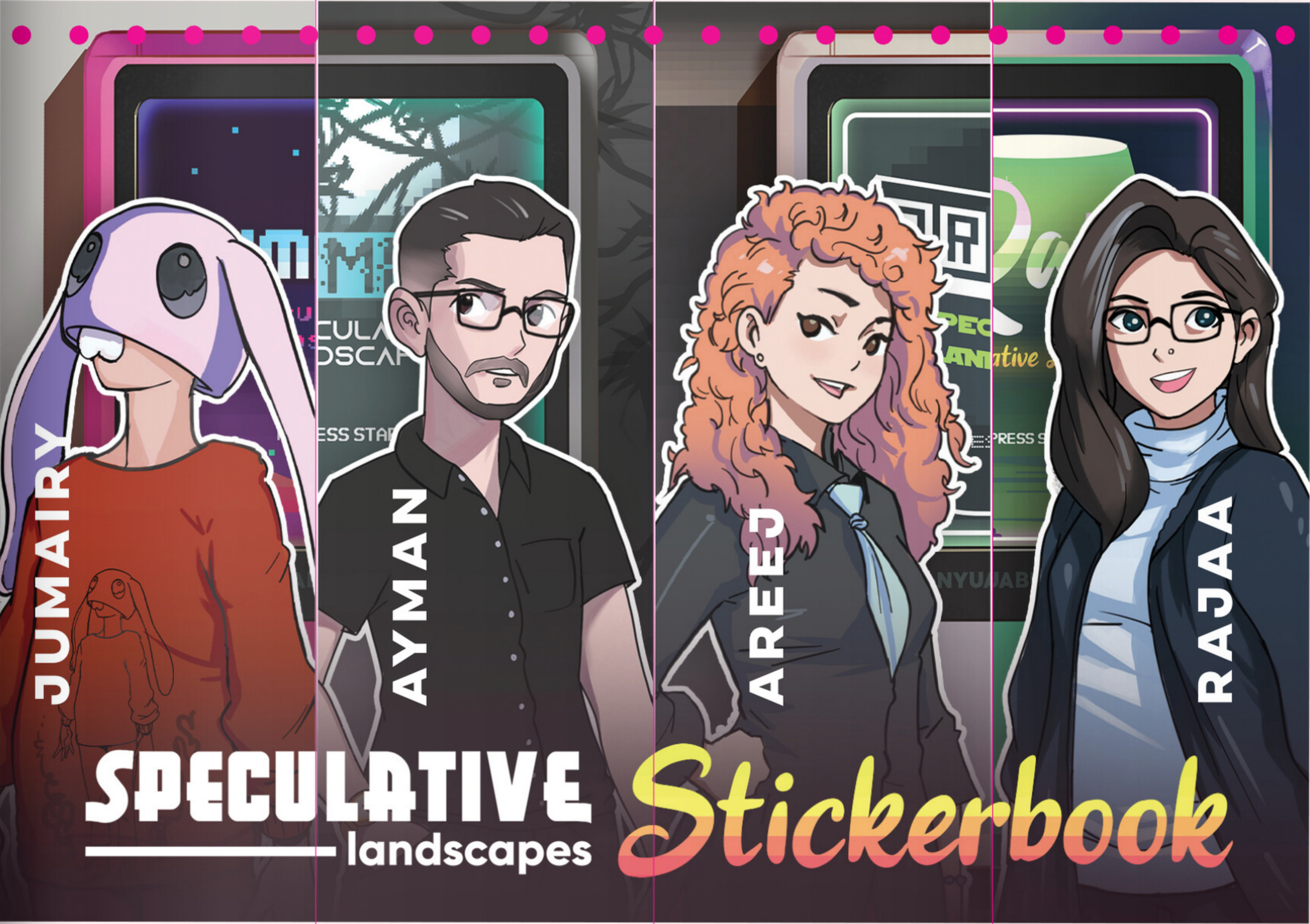 Kaoud is a Palestinian conceptual artist who grew up between Montreal, Canada, and the UAE. She earned her MFA in Studio at Central Saint Martins College of Art and Design in 2011, as well as an MFA in Curating at Goldsmiths College in 2013. Her art practice draws on her interest in narratives and disastrous scenarios.

Emergency provisions are a common subject in her work creating ambitious multi-media installations inviting the viewer to question the relationship between our bodies and politics. Kaoud’s projects articulate the distance between anxiety, preparedness, and the humour which takes place in preparing for non-immediate threats. Her ironic work puts us face to face with our anxiety-driven world that can sometimes present frightening resemblances to a dystopia.

Kaoud is currently working as copy editor and writer. She lives and works between Dubai, UAE, and London UK.

Ayman Zedani’s practice manifests between objects and multi-layered installations and attempts to renegotiate the relationship between human and non-human, animal and plant, organic and inorganic, land and water.

His conceptual works are built on a series of experiments and investigations that look towards new materialist philosophies exploring the agency of matter, and consider multi-species collaboration as ways of surviving the challenges of the Anthropocene – deliberating upon human influence on the state, dynamic, and future of the Earth.

Jumairy experiments with sound, film, digital technologies, and performance to create immersive worlds. With these sensory experiences, the artist occupies and transforms spaces into provocations that usher viewers from their present time and place into imagined realms.

What the artist thinks of as “Jumairy’s world” is an evolving and expansive space mapped through performative acts, scientific experiments and mysterious rituals taking place on stage, across the big screen, and within smartphone apps. The same prismatic approach structures his music, in which he intertwines Arabic electro-pop with the discordant soundscape of industrial music. Through these, the “Jumairy world” evolves, becoming a conduit through which the artist explores psychological questions and processes traumas, both personal and collective.

Jumairy’s work has been presented through residencies and exhibitions across the region and internationally. He was commissioned for the inaugural ‘UAE Unlimited’ exhibition A Public Privacy (2015) and Is Old Gold? (2017), both at DUCTAC in Dubai. In 2015/16 he participated in the Art Dubai A.i.R. programme in collaboration with Delfina Foundation and Tashkeel, which culminated in an installation and performance work at the Art Dubai fair. A residency with Maraya Arts Centre resulted in BRZ5, his first solo exhibition in Milan, Italy organised by FARE Arte. His work has been collected and supported by Barjeel Art Fundation and Maraya Art Centre as well as being acquired by private collectors.

Khalid is an artist of South Asian descent based in Dubai. She received her MFA from Cornell University in 2013. Khalid’s work has been exhibited in regional solo exhibitions at Tashkeel (2017, Dubai, UAE) and Grey Noise (2016, Dubai, UAE).